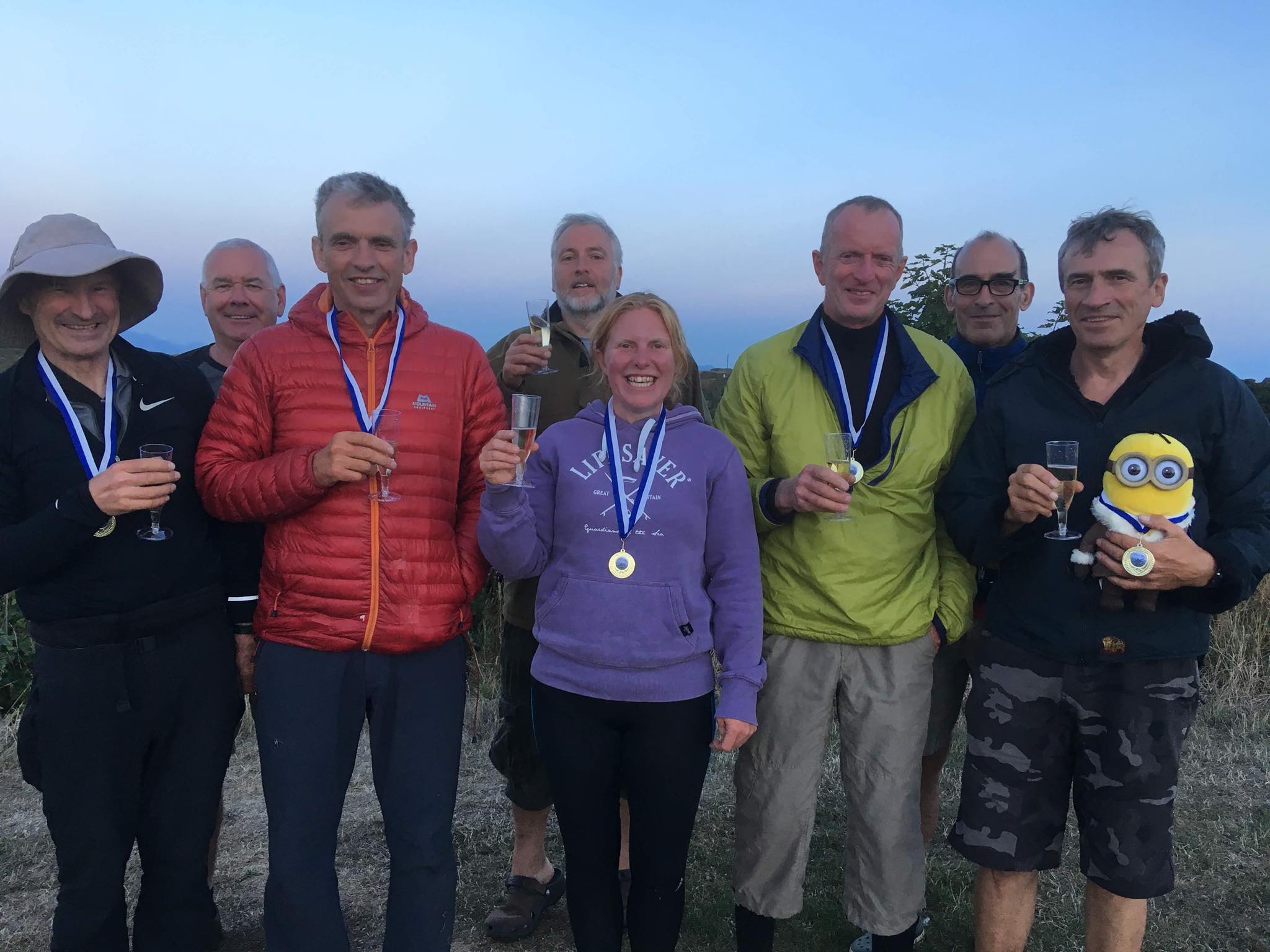 The year began with another fine Club Dinner at the Thatch, thanks to Mike and family for organising.  However, the hard winter discouraged all but the obsessed from doing much paddling in those dark months. The Beast from the East weather event caused the cancellation of our Dulverton Slalom event, after much work on course creation. Thanks to Doug Smith and a band of coffee and cake-loving assistants.

River and sea trips continued as conditions allowed. Pat’s efforts were much appreciated, as always, in creating accessible and enjoyable river trips. On the sea, Darren Sherwood joined the Club and gave great support to those preparing for sea leader qualifications. Rolling in icy conditions was a grim but necessary drill. Happily, it all paid off with Simon Morrissey, Dave May and Greenie all passing Sea Leader and myself Advanced Sea Leader. We now have six qualified Sea Leaders to plan for our challenging coastline. Paul Clark passed his Advanced Canoe Leader and Emily Harding her Canoe Leader so the prospects are good for the development of open boating in the Club. Nathan Mower passed his WW Kayak Leader and this is an area where we need more qualified leaders.

In May Emily organized a group trip, flying to Malta and on to Gozo for a week sea kayaking in sunny conditions with crystal clear water. Then the programme really got going. Kevin Ballard took a group to the French Alps to some adrenalin boating in hot weather on icy water. Tommo headed up another Team France trip to the Lyons area for warmer rapids and pain au chocolat. In July, five set off from Appledore to Anglesey over thirteen days of sea kayaking in blissful summer weather. The trip raised £2500 for RNLI. Many thanks to all our supporters.

During the summer, Greenie led the 2 Star course over ten sessions, giving a varied and mildly challenging experience to novice paddlers, who soon became much more competent. The course included a weekend open boating and a session in sea kayaks. As the summer gave way to autumn the 3 Star sea training group pushed their boundaries and skills with evening and weekend paddles. Well done Maria for passing a tough assessment in December.

During the year the Club has provided safety cover for Triathlons and open water swims, resulting in some very early mornings and some useful contributions to Club funds. Pat’s summer programme included some popular coastal explorations in river boats, surf sessions and a river clean up on the Torridge.

Our commitment to the Youth Centre was fully realised over the summer with six sessions of introductory and fun canoeing provided by Pat’s volunteers. The young people really do like and appreciate it. It secures our premises arrangement and long may it continue.

The Club has enjoyed a strong year for new members, having 135 total membership. Finances improved too, helped by a grant from Bideford Town Council. Thanks to Olivia for the application and to Tommo for keeping our finances in good order.

In September, Club sea kayakers gathered in Falmouth for the annual sea week. Conditions were reasonable and some fine trips were completed, including round Lands End.

The autumn and winter so far have been pretty good for river flows though autumn gales knocked too many trees into rivers. Small working groups from the Club have been doing community service work to make the rivers safer. Some excellent river trips have been enjoyed, accessible to new members and enhancing the Club’s reputation as friendly and inclusive. The Club remains well-equipped and thanks go to Mario for doing repairs and managing the stock system.

At the year end many members are sporting Club Tees and hoodies. The process has raised the Club’s profile and some useful money for Club funds. Thanks to Paula for driving this through.

Finally, my heartfelt thanks to all the Club’s officers who quietly make everything work so well

Training officer’s report for the 2018 season.

We had a good attendance on last year’s 2 star course with 10 people regularly attending the 10 sessions.  With a good mix of ages and abilities the group gelled well! It was great to see some of our more mature ladies getting fully involved (Rescue practice does that!!!)

It was also very pleasing to see members from the 2 star course helping out with the youth sessions and giving some of their time back to the club.

During the summer and autumn months we regularly ran the Thursday night sea kayak training sessions for the 3 & 4 star candidates which were also well attended.  As a result of this training, assessments were taken in late November and Maria passed her 3 Star Sea Award – Well Done Maria.  The other two candidates were very close.

Our thanks go to Darren at Channel Training for providing the assessment.

We plan to continue the Thursday evenings this year, for any 3 & 4 star candidates, working through the course syllabus with both practical and theory sessions. This would not be possible without the support of the usual crew!! Many thanks guys.

We ran an informal “Swift Water Rescue” training day on the Lyn which was well attended and it was great to see some youngsters getting stuck in on a chilly day.  Thanks go to Pete Thorn for taking the lead.

We also ran two dedicated “Sea kayak” pool rolling and rescue sessions which were well attended and popular. More can be arranged if there is the demand.

New for 2018 was an “intro to white water” evening specifically targeted at new members starting their first white water season of river trips and this was well received.

We have a First Aid course in the pipeline, and we are working with the other local canoe clubs to provide this.

Due to the recent increase in interest in Sea kayaking and particularly Greenland paddling and Greenland stick rolling I am currently investigating a Greenland paddling workshop focussing on forward paddling as well as rolling at a local venue.  Reed Chillcheater have some good contacts in this area and are assisting in arranging this. Details to follow shortly.

And finally, a BIG THANK YOU to all the volunteers who help out at the pool sessions, not only coaching but ferrying the boats to and fro, and collecting subs and cleaning up after everybody and to all the club members who help out with the 2 and 3 star training programmes, taster sessions and generally take the lead on river trips.

Thank you for your time. I know it is appreciated by the membership; both  new and old members tell me this and it is what makes this club unique !

I am looking forward to the 2019 season and embracing the new British Canoeing Personal Performance Awards.